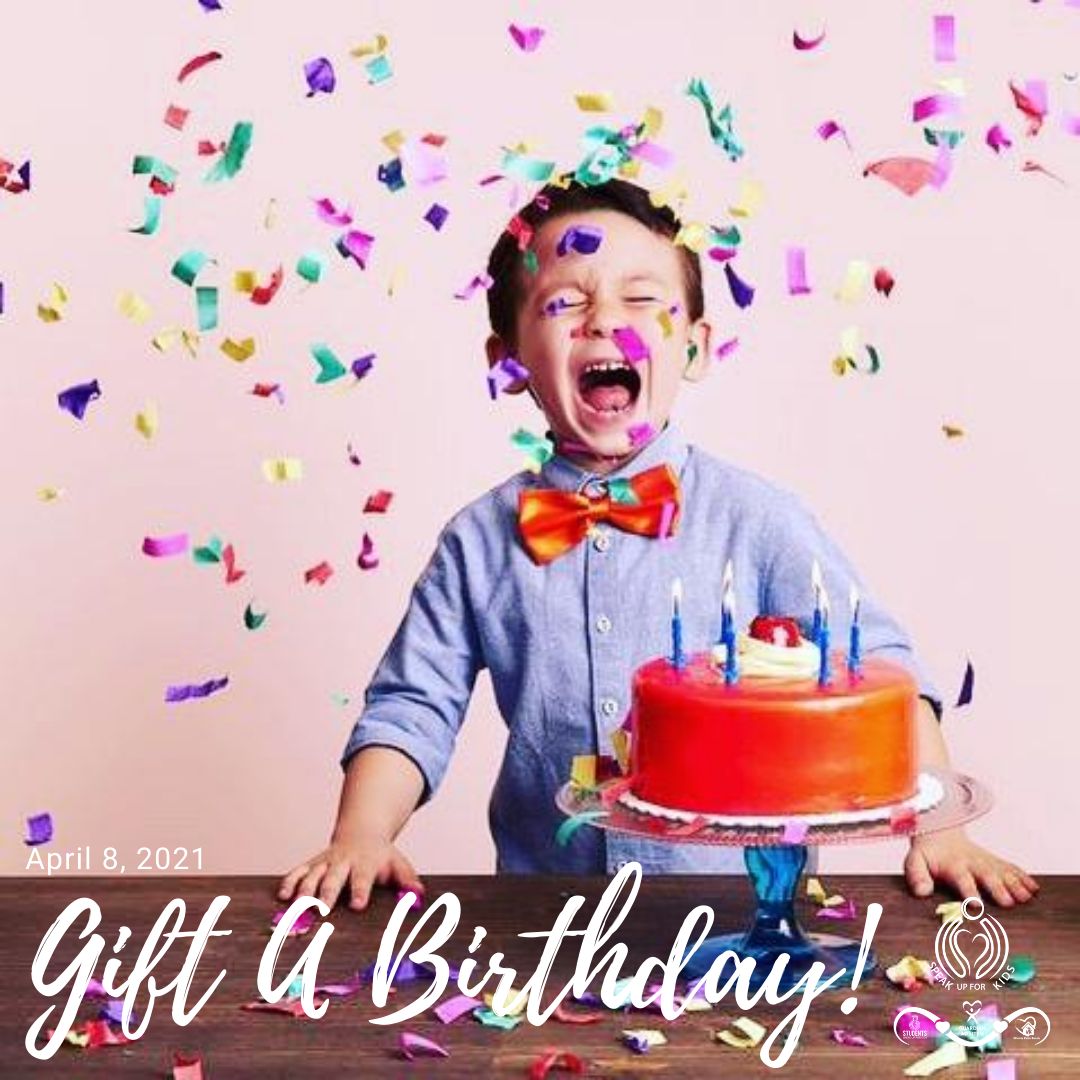 On April 8, 2021, Speak Up for Kids is set to host the Gift-A-Birthday extravaganza, the brainchild of local author, communications strategist, and mother of two, Shaw Thomas. Touted as Palm Beach County's biggest birthday celebration, all proceeds will benefit the almost 1,600 local child victims of abuse and neglect.

Shaw Thomas was introduced to child welfare and the societal implications of abuse, abandonment, and neglect through her work with various South Florida organizations. Through her many service efforts, she was learned about the work of the Guardian ad Litem Program, a league of approximately 600 volunteer court-appointed child advocates serving as the voice for victims of maltreatment.

"I saw, in a very real way, how the budget shortfalls realized by the Guardian ad Litem Program had a direct impact on the safety, security, normalcy, and permanency goals of the children the system set out to serve," says Thomas. When a dedicated group of volunteer advocates decided to form the Speak up for Kids of Palm Beach County nonprofit with an exclusive focus on raising supplemental funding for the Guardian ad Litem, Thomas was at the table as a founding member, dedicated to achieving 100% advocacy for all children involved in dependency proceedings.

Known in her professional circles as a solution-oriented leader, Thomas created Speak Up for Kids 'Gift-A-Birthday' program as a call to action. "To be truly impactful, conversations around child welfare and foster care must include normalcy for victims. That includes celebrating a child on his or her birthday," says Thomas, "and anyone can make that happen with a $25 donation."
"Conversations around child victimization, dependency proceedings, and foster care are nebulous and overwhelming at best for most people, leaving those who really want to help feeling as if the problem is just too big," says Coleen LaCosta, Speak Up for Kids Executive Director and local victims' advocate. "Gift-A-Birthday presents an opportunity for anyone to get involved and effect change."

Once Thomas, LaCosta, and the Speak Up for Kids Board of Directors met to cement plans, they decided unanimously to name local financial and fundraising powerhouse, Celeste Jackson as the Honorary Chair for Gift-A-Birthday. Jackson, whose fundraising efforts span greater than 20 years and has benefited multiple causes, had a chance meeting with LaCosta greater than 10 years ago. That encounter morphed into a decade long friendship, various events, and countless fundraisers all to benefit the most vulnerable in our population.

The public is invited to celebrate with Speak Up for Kids on April 8, 2021 at The Pavilion – 101 S. Flagler Drive West – from 5:30 PM to 7:30 PM. Tickets and sponsorship opportunities are available now. "We expect a sold-out event, so the earlier you purchase, the better," says Jackson.

"I cannot tell you how many children have shared with me their heartbreak over not ever being celebrated," says LaCosta. Jackson echoes that sentiment, "It is the small things, the milestones we each celebrate, that fall through the cracks for these children. We will not allow that to continue."

Through ongoing financial support, Speak Up for Kids champions the efforts of the volunteer child advocates of the Guardian ad Litem Program and the numerous child victims they serve. For more information on Gift-A-Birthday, other Speak Up for Kids events, to request sponsorship information, or to find other ways you or your organization can help, email [email protected]