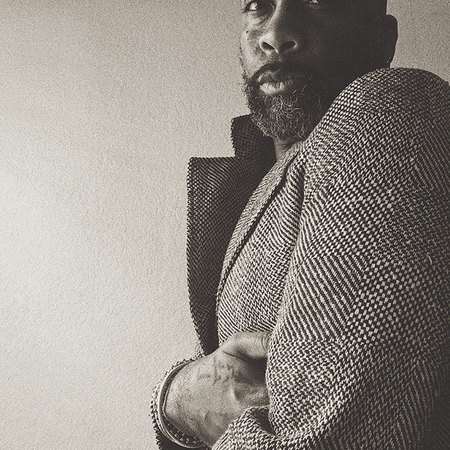 SoulGigs & Biggs present Rahsaan Patterson - the American soul star who graduated from the television show 'KIDS Incorporated' to being an R&B artist of true integrity in the '90s.

May 2019 saw the launch of Patterson's seventh studio album. 'Heroes and Gods', achieving critical acclaim and securing his reputation as not only a great live performer, but also a fantastic song writer and recording artist.

After singing in church from the age of six, Patterson moved with his family from New York to California to star in the children's show KIDS Incorporated. He later moved back to the East Coast, resuming his career with small TV roles and assorted commercials, but returned to Los Angeles in the early '90s to record demos and contribute backing vocals to albums by Martika and Brandy, among others.

Patterson proved himself a more than competent songwriter as well, penning hits like Tevin Campbell's 'Back to the World' and Brandy's 'Baby'. Those successes finally earned him a recording contract with MCA, which issued his self-titled debut album in early 1997. 'Love in Stereo' followed two years later.

After a hiatus from the performance spotlight, he released 'After Hours' in August of 2005 and 'Wines & Spirits' in September 2007. These two albums placed him near – or at – the top of the R&B underground. The sprawling 'Bleuphoria', issued nearly four years later, was his most eclectic and creatively ambitious album.