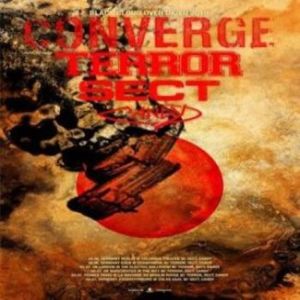 Converge - www.facebook.com/converge
Every Converge album is a milestone in the heavy music community and the band's latest is the most integral album to date in a catalog that's celebrated to an almost religious degree by countless fans of punk, metal and hardcore. For the first time in years All We Love We Leave Behind is an album that contains no special guests or outside collaborators and every aspect of the music, production and aesthetics of the album was handled by Converge in order to give listeners an unfiltered glimpse into the creative vision of these Boston-based innovators.
Once again recorded and mixed by guitarist Kurt Ballou at his renowned Godcity Studios in Salem, Massachusetts, All We Love We Leave Behind is a no-frills Converge album that sees the band-which also features vocalist Jacob Bannon, bassist Nate Newton and drummer Ben Koller-eschewing fancy production techniques in order to create seventeen songs that work as a cohesive whole yet can also stand on their own. "There's no artificial distortion, triggers, or Auto-Tune on this album," Ballou explains, "it's all organic, it's real sounds that capture the way the band performs live."