Mudlarking: Lost and Found on the River Thames 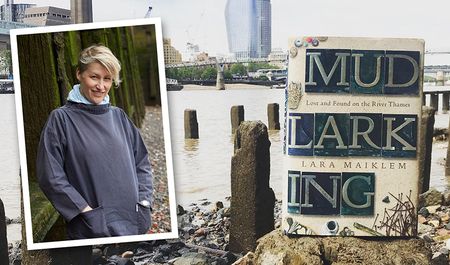 Mudlark (/'mAdla;k/) noun A person who scavenges for usable debris in the mud of a river or harbour

Lara Maiklem has scoured the banks of the Thames for over fifteen years, in pursuit of the objects that the river unearths: from Neolithic flints to Roman hair pins, medie-val buckles to Tudor buttons, Georgian clay pipes to Victorian toys. These objects tell her about London and its lost ways of life.

Moving from the river's tidal origins in the west of the city to the point where it meets the sea in the east, Mudlarking is a search for urban solitude and history on the River Thames, what Lara calls 'the longest archaeological site in the world'.

Lara Maiklem moved from her family's farm to London in the 1990s and has been mudlarking along the River Thames for over fifteen years. Known as the 'London Mud-lark', she has a combined social media audience of over 83,000 followers and has been featured in the Guardian and on BBC News, BBC World Service and BBC Radio 3. She now lives with her family on the Kent coast within easy reach of the river, which she visits as regularly as the tides permit. Mudlarking, her first book, will be available on the night.