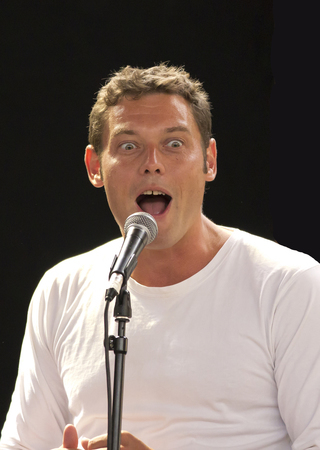 A stand-up comedy show for children over six, their parents and anyone who likes comedy without the rude words. Hold onto your socks, take the banana out of your ears and enjoy the best comedy for kids from the man who invented it. James' show will find The Funny Things about everything including pets, couscous, and spaniels, making your own yoghurt, bees, why we have hair and will answer questions such as: "do sausage dogs eat sausages? Or do they just look at them and say, "I'm not eating that - it looks like my grannie."

James Campbell is a comedian and author. He was the man who started Comedy 4 Kids. He has written the hilarious Boyface books; has appeared on TV programmes such as Blue Peter and has performed at the Royal Festival Hall, The Royal Albert Hall and on Broadway.