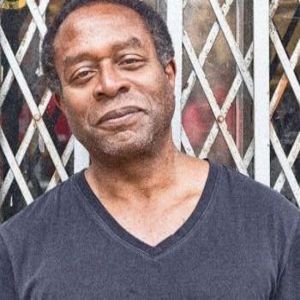 Writing partner and co-band leader of Gil Scott-Heron, keys and funky flute legend BRIAN JACKSON comes to Hideaway to share the music they made together - from 'The Bottle', 'The Revolution Will Not Be Televised', 'Winter in America', 'We Almost Lost Detroit' through to 'Racetrack In France' and 'Delta Man', this unique creative duo not only delivered a definitive soundtrack of an era but carried a social commentary quite unlike any other.

Half of the power duo Gil Scott-Heron and Brian Jackson, Brian wrote, arranged and produced over 10 albums over an eight-year period. Time and time again that music has found its way onto over 100 cuts like Common's "The People" (from "We Almost Lost Detroit") and Kendrick Lamar's "Poe Mans Dreams" (from "Peace Go With You, Brother").

Brian looks to both the present and the past for inspiration in order to honour the ancient tradition of the griot - the African troubadour of truth.

"This music isn't really mine," Brian asserts. "I learned it from those who came before me. It's my job to pass on what I've learned. That's the Tradition."

In the tradition of the African griot, Brian tells the stories of how some of his Gil's best-loved pieces came to light.