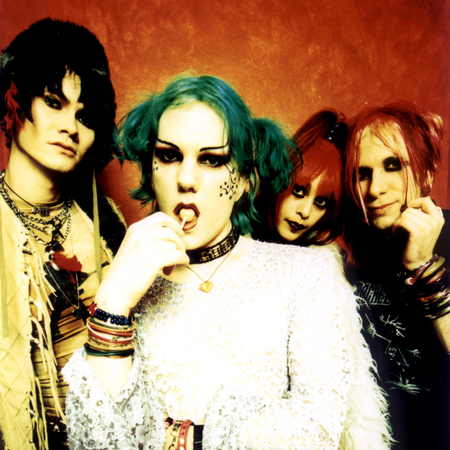 Following their sell out show at the Camden Underworld in 2017 legendary glam punks RACHEL STAMP return to the venue on Friday 14th February 2020.

RACHEL STAMP first smashed their way onto the music scene in 1995 and immediately won the hearts of a legion of strange misfits all over the world. David Ryder-Prangley, Will Crewdson, Robin Guy and Shaheena Dax scored three top ten albums on the UK Independent Chart ('Hymns For Strange Children', 'Stampax' and 'Oceans of Venus'), several hit singles (including 'Black Cherry' and 'Monsters Of The New Wave') and toured the UK, Europe and the USA sealing their reputation as one of the most incendiary live acts on the planet.