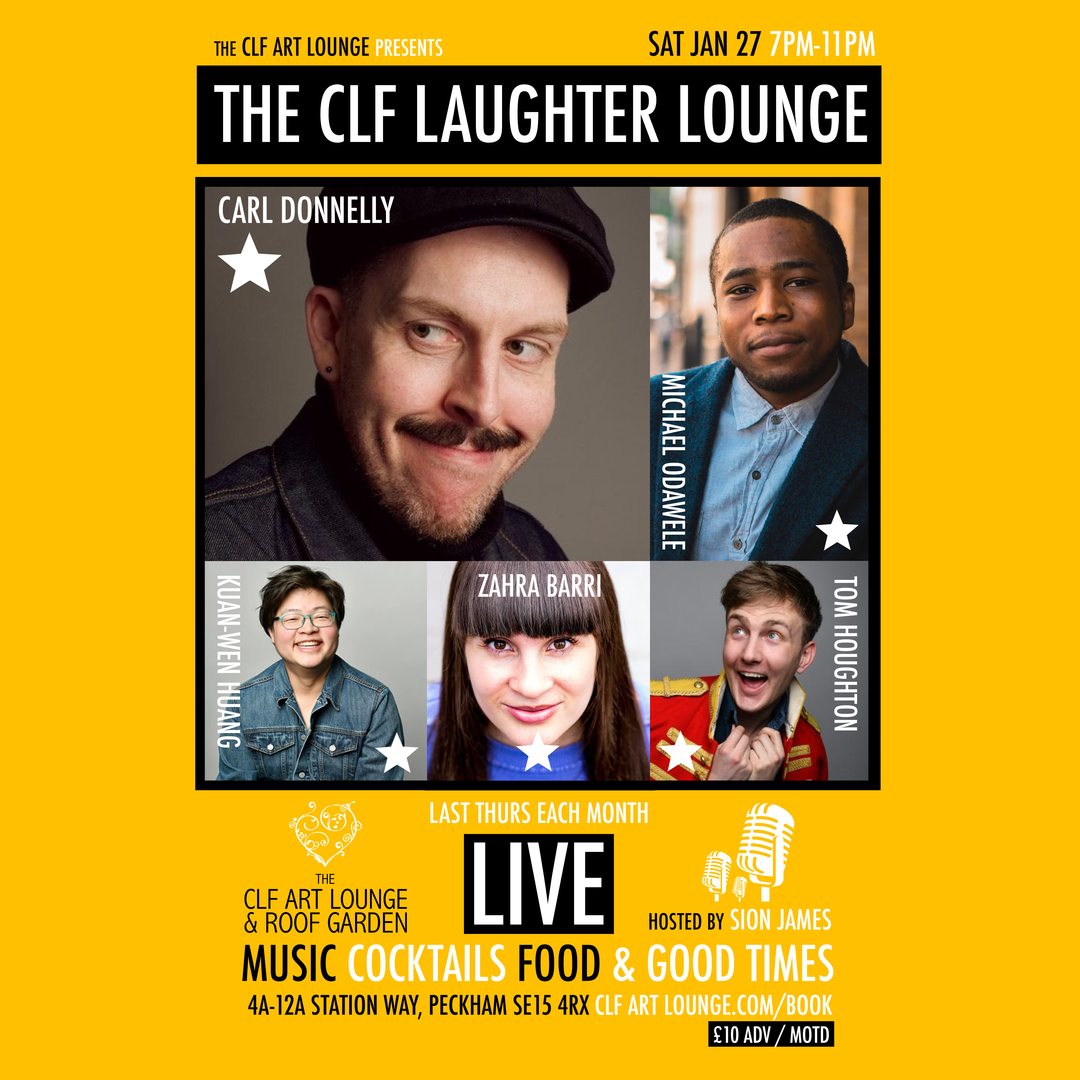 Acts shown are correct at time of going to press, in the unlikely event that an artist needs to cancel, we reserve the right to change the line-up without notice.

We are operating the event in accordance with the Government's guidelines and our experience of hosting a variety of socially distanced events over the last 18 months to help you have a safe and enjoyable visit, reduced capacity, socially distanced, table service and with some of the procedures previously in place to reduce transmission risk.

We want you to be comfortable, relaxed and safe while enjoying some great live comedy!

The entrance is an inconspicuous black door about 10 metres from Peckham Rye Station's main entrance, next door to the dentist

As always gonna be a truly laugh out loud affair.

CARL DONNELLY
Carl has been nominated for the Edinburgh Comedy Award twice, won a bunch of other awards, appeared on a selection of TV shows (Mock The Week, Russell Howard's Good News, Dave's One Night Stand, Russell Howard's Good News, Alan Davies: As Yet Untitled etc) and travelled the world having performed at the Just For Laughs Festival in Montreal, The Melbourne International Comedy Festival, The New Zealand Comedy Festival and pretty much every other comedy festival there is.

'One of the most engaging and bendy-minded comics on the circuit' (The Guardian). "Observational genius" - The Guardian.

MICHAEL ODEWALE
A fresh and unfiltered voice known for delivering sharp and beautifully executed content, Odewale is taking the comedy world by storm. His debut show #BlackBearsMatter won Best Show at both the 2019 Leicester and Hastings Comedy Festivals and achieved critical acclaim at the Edinburgh Fringe 2019, earning him a nomination for Best Newcomer in the Dave Edinburgh Comedy Awards.

KUAN-WEN HUANG
Kuan-wen Huang is an emerging comedian, writer and actor from Taiwan, with major breakthroughs on the UK circuit in the last two years. With a unique voice and his trademark quirky persona, Kuan-wen is an alumni of the Soho Theatre Young Company and recently performed for Comedy Central at the Edinburgh Fringe and as part of AAA Stand-up at Edinburgh Fringe in 2021.